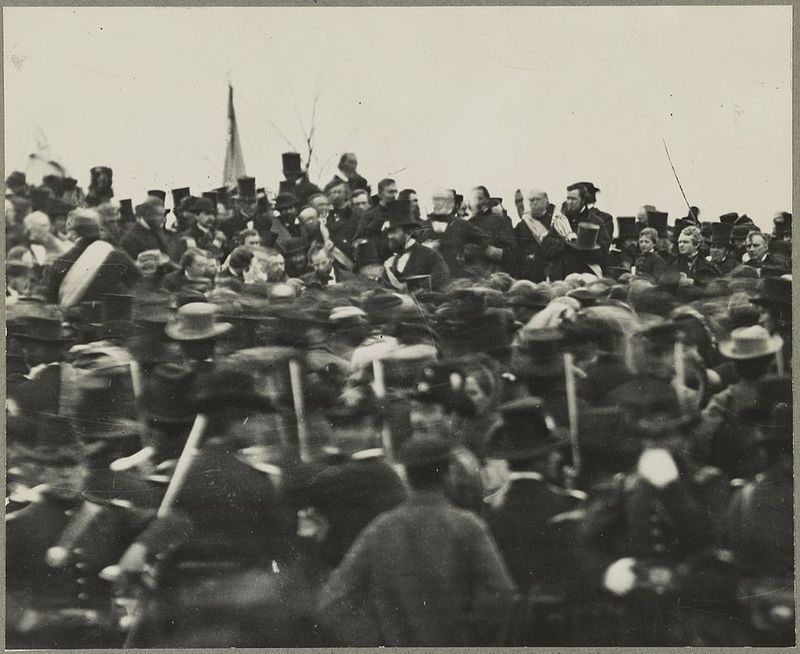 When my newly wed husband stands up to deliver a few remarks at the reception, more than a chuckle ensues from the small party of luncheon guests, already happy with a little champagne. He likens the best man's speech to the Gettysburg Address, for indeed it is brief, but impactful in marrying Scottish wit to boyhood tales of his younger brother's life in Glasgow. Thankfully it is not four score and seven (i.e. 87) years ago, and in this particular instance perhaps "the world will little note, nor long remember; what we say here..." Lincoln, by the way, could never have been more humble in his estimation of the power of the Gettysburg Address.

On November 19, 1863 President Abraham Lincoln addressed a crowd of more than 5,000 people at the dedication of the new Union Cemetery at Gettysburg, Pennsylvania. He took two handwritten sheets from his pocket, and delivered a two-minute speech of 272 carefully chosen words that redefined the United States as a nation "dedicated to the proposition that all men are created equal". The America Civil War which began on April 12, 1861 at Fort Sumter, near Charleston, South Carolina, would be fought until May 13 ,1865 at Palmito Ranch, near Brownsville, Texas, but the Gettysburg Address would go down in history as one of America's finest and most influential speeches. Lincoln asked people to remember why the cause of freedom was still worth fighting for, and he invited them to join together in the renewed belief that free people could govern themselves while upholding the principle that every person should have a fair and equal chance in life -- a principle strongly set forth in the Declaration of Independence.