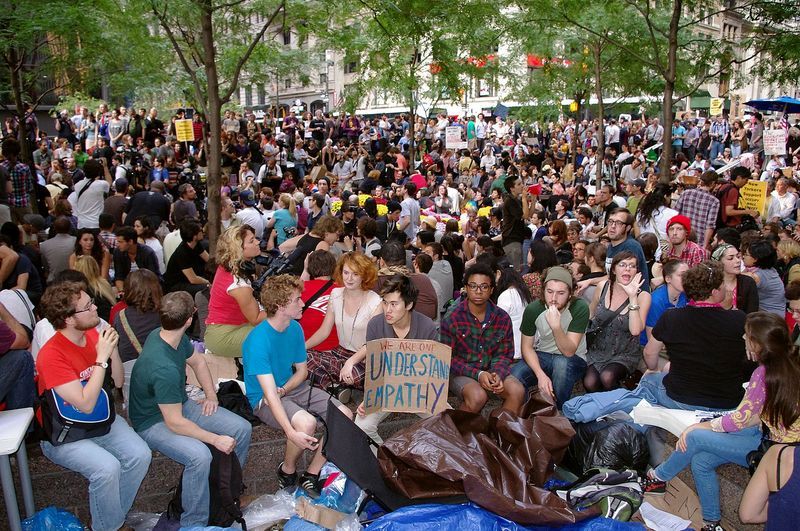 A protest against socio-economic inequality, Occupy Wall Street began on September 17, 2011 in Liberty Square (aka Zuccotti Park), located in Manhattan's Financial District. With the call to protest initiated by Kalle Lasn and Micah White of the Canadian anti-consumer, pro-environment magazine, Adbusters, came the slogan, "We are the 99 percent". There was public outcry by American citizens, angry at banks and large corporations seen to greedily monopolize wealth -- effectively creating a society controlled by the one percent. From the best schools and jobs, to the highest posts in government, the average person (not to mention the poor), felt disadvantaged, left out, and without a voice.

The demonstration lasted about two months, through an Indian summer and into the cooler weather, with activists setting up tents and camping out in a litter of sleeping bags. What began as a a "People's Library" -- a simple cardboard box containing a pile of books -- grew into a large, circulating collection of some 5,500 monographs, pamphlets, and other resources. The collection, representing a broad range of religious and political beliefs, was cataloged by Library Thing, a social cataloguing web application for storing and sharing records and meta data.

While it started out as peaceful resistance, Occupy Wall Street led to government surveillance, riots, abuse, and the arrest of about 80 persons -- many of whom were dismissed with cases proven to be arbitrary or baseless.

What lessons we have learned from this important grassroots movement that spread (in smaller degrees) to as many as 100 cities across the United States? Although some maintain that no concrete results were achieved (that the movement was just an idea with no real strategy), others assert that OWS forced a major national conversation and led us to rethink policies and practices -- such as increase in minimum wage; review of student debt; and steps toward climate change. Looking back on the past three years and with the 2020 presidential election looming, we continue to question and assess. 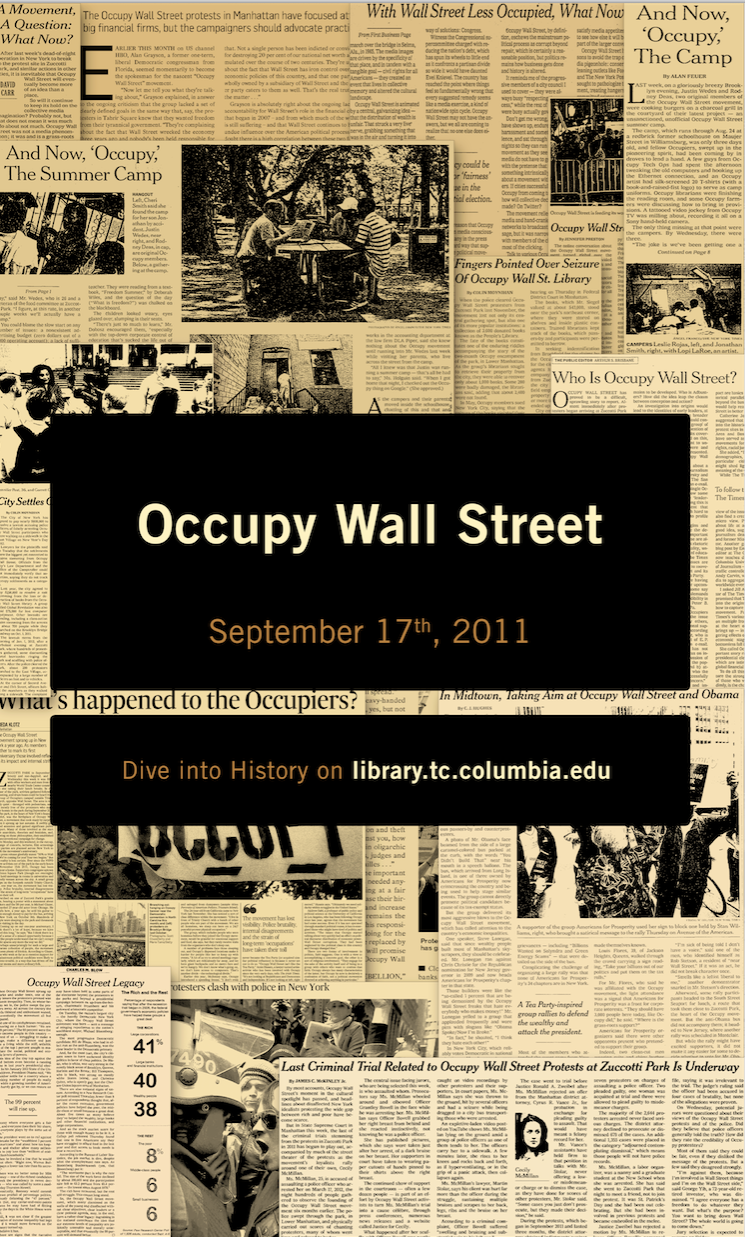 Posted in: Learning at the Library|By: Jennifer Govan|1142 Reads