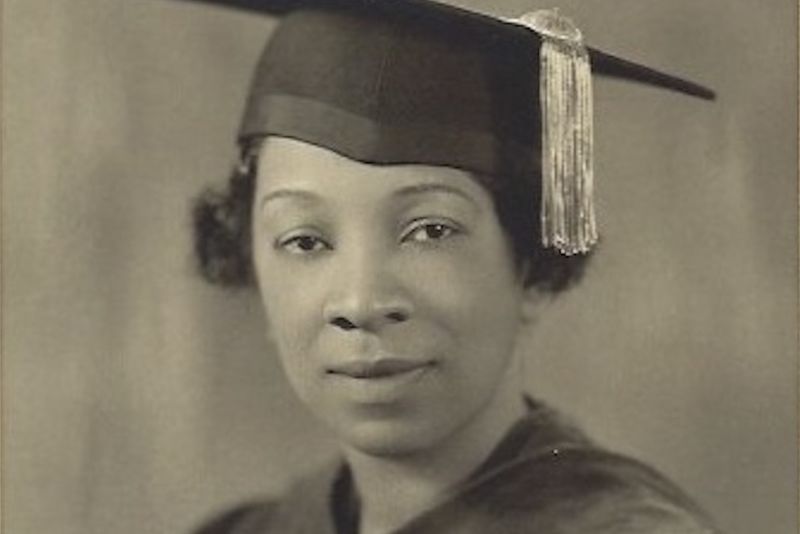 "If the aim of educational leaders is to bring about a greater realization of the ideals of democracy in the schools of this country, then the searchlight of inquiry needs to be focused upon those areas where conditions are such as to threaten the negation of efforts in that direction." --Marion Manola Thompson Wright, Foreword, The Education of Negroes in New Jersey, p. vi.

On September 12th, 1902 Marion Manola Thompson Wright was born in east Orange, New Jersey, to Minnie and Moses Thompson -- the youngest of four children. She was just one of two black students at Barringer High School in Newark, New Jersey where she dropped out due to pregnancy. She married William Moss at the age of sixteen and bore two children, whom she left to pursue higher education. Marion received her Master of Arts in 1928, from Howard University and married Arthur M. Wright but then divorced. She earned a Ph.D, with a dissertation titled, The Education of Negroes in New Jersey, in History from Columbia University in 1940 -- becoming the first Afro American woman in the United States to earn a doctorate in her field. She returned to Howard University to teach and joined the NAACP (National Association for the Advancement of Colored People), championing black history. A scholar and historian, Marion Thompson Wright died on October 12th, 1962 of apparent suicide, She is honored each year through a lecture series at Rutgers University, The State University of New Jersey. In 2020 the 40th Marion Thompson Wright Lectures will be presented. Need to keep current, look to the past, teach a topic? The Everett Cafe features daily postings of news from around the world, and also promotes awareness of historical events from an educational context. Be sure to check the news postings on the Library's website (under "Learning at the Learning").