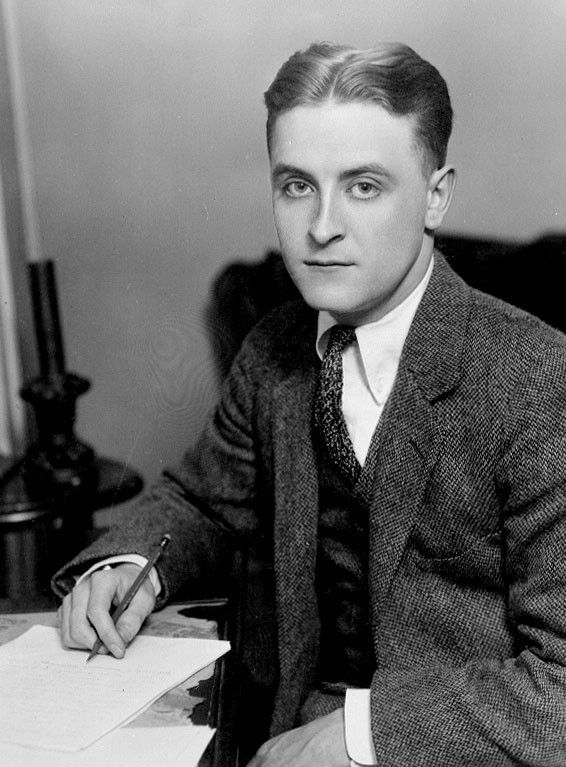 Since I didn't mustard up the courage to actually cut my hair, I opted for a blonde wig while filming the final scene in Bernice Bobs Her Hair, a short story written by F. Scott Fitzgerald and published in the Saturday Evening Post in May of 1920. That simple decision undoubtedly cost me the price of popularity; long hair intact, I missed out on picnics with Pimms, afternoon teas full of scones and clotted cream, and twighlight parties in the sunken university gardens - the otherwise, carefree company of my fellow student actors who forgot about finals and lapped up the luxury of the moment.

F. Scott Fitzgerald, though, never failed to impress me. Who couldn't be drawn to the glamour of the Roaring Twenties whose penchant for mass consumerism, disregard of Prohibition, and redefinition of culture through the Harlem Renaissance left signifiant historical and literary impact? I went on to write a graduate thesis on aspects of the printing and publication of his work -- and little did I imagine ending up a decade later in New York City, less than fifty miles away from the prosperous setting of his most famous book, The Great Gatsby. Separated by the Valley Ashes, East Egg and West Egg symbolized old money and new, not unlike a certain sector of social class in the Big Apple itself. And here I was trying to make it. Likewise coming from the midwest, one could say that F. Scott Fitzgerald, with all his talent left a mark on my educational landscape and professional aspirations.

On September 24th, 1896 Francis Scott Key Fitzgerald was born in St Paul, Minnesota. Of Irish and English ancestry, F. Scott was named after his distant cousin who wrote "The Star Spangled Banner", the poem that became our national anthem. Fitzgerald published his first story (a detective story published in the newspaper) at the age of 13 years, and would go on to become one of America's pre-eminent authors in the history of American Literature. A short story writer and novelist, he was best known for The Great Gatsby, a work set in 1922 about the fictional lives of the young, mysterious millionaire Jay Gatsby and the beautiful Daisy Buchanan who live in wealthy Long Island -- drawing a compelling portrait of the Jazz Age with themes of decadence, idealism, corruption, The American Dream, and much more -- a classic that continues to top required reading lists in the high school curriculum.

Fitzgerald graduated from Newman School in Hackensack, New Jersey and attended Princeton University, but left in 1917 to join the Army. At university, Fitzgerald pursued writing, often at the expense of his coursework by joining different publications and literary societies. He married Zelda Sayre, with whom he had a daughter, Frances Scottie Fitzgerald, in 1921.

With a life of excess and also personal turbulence, Fitzgerald descended deeper into alcohol and died young in Hollywood on December 21st, 1940 at the age of 44 years. 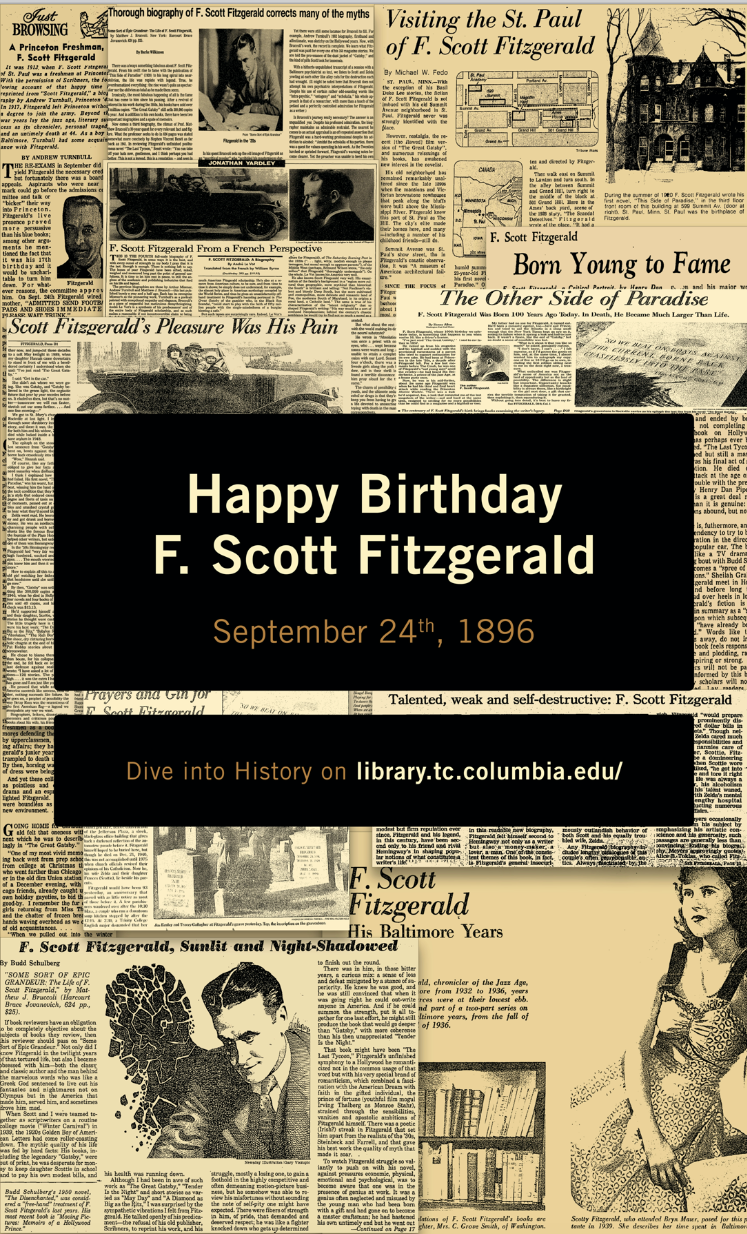 Posted in: Learning at the Library|By: Jennifer Govan|1162 Reads