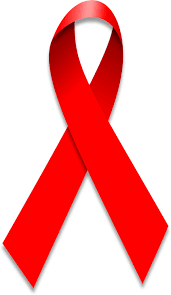 In September of 1989, less than a year into George H.W. Bush’s presidency, John Caban earned his Ed.D. from Teachers College. His dissertation, “Caregiver: A Personal Journey with AIDS” documented his personal experience as the primary caregiver for his partner, Eddie Hernandez, who had been diagnosed with AIDS two years earlier. Hernandez died from AIDS* in January of 1989, at 29 years old. Before Bush’s single term was up, the disease had claimed Caban’s life, too.

In “Caregiver,” John Caban describes a chaotic home life and turbulent youth growing up as a gay Puerto Rican in 1960s Spanish Harlem and the South Bronx. After ‘hitting bottom’ at 23, he became sober and pursued a career in alcoholism treatment. By the time he wrote his dissertation, at 39, Caban was Vice President of Program Operations for Odyssey House, as well as Deputy Director of Treatment and Rehabilitation for the New York State Division of Alcoholism and Alcohol Abuse. He writes about his feelings of pride and gratitude for his professional success, especially as the first Hispanic to “be appointed to such a high-ranking position” within the state’s alcoholism treatment system (p. 140). Caban speaks about being initially “angry and disappointed” when, four months after Eddie’s death, his dissertation committee demanded major revisions to what he had expected to be his final draft (p. 3). Finding the dissertation too focused on his personal experience, the committee persuaded Caban that “it was important to make these experiences relevant to the larger world of people who would face what I and many others have faced” (p. 3). How Caban came to see his final draft is worth quoting at length:

I report, below, on my interviews with friends on their response to learning of Eddie’s AIDS. But now the important “data” behind this document is my personal year of experience of all that this description implies and my “findings” are the questions that remain— for me and all the others, gay and straight, who will experience such years in our human future and who will be confronted with questions about the meaning of love, friendship, and caring— who will be overwhelmed and confused by the urge to care and the urge to flee or “close the door.” […] We are all potentially “next in line” (p. 4). 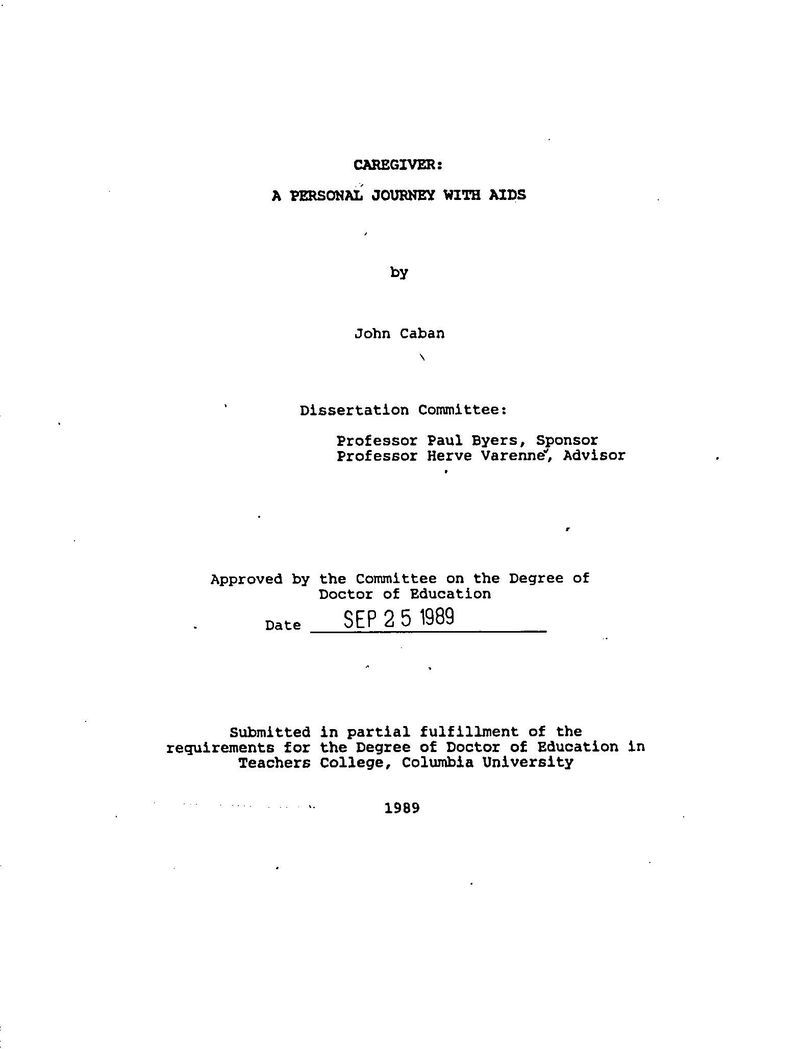 Caban speaks of the dissertation as potentially providing guidance “for the caregivers of the caregivers,” but his findings resonate far beyond the world of people caring for people with AIDS, or even the larger realm of public health (p. 4). In “Caregiver,” Caban discusses the gay communities’ progress in changing behavioral norms when something freighted with the symbolism of freedom ended up accelerating the death of many of its members. He also includes transcriptions of interviews with Eddie’s friends, some of whom, like Eddie, emigrated from Cuba because of the state’s anti-LGBT persecution. All ten of the people interviewed, and of course, Caban himself, were facing catastrophic circumstances and a range of outcomes that were unpredictable but almost uniformly bad. Reading the transcripts, I found it hard not to contrast what Caban was reporting with contemporary efforts to curb gun violence, the treatment of Central American refugees fleeing gang and gendered violence, and responses to climate change. The nature of archives nearly guarantees that other readers will find other points of resonance and insights for today. I only learned of John Caban while working on the Library’s Twitter account on Saturday, which happened to be #WorldAIDSDay. I found “Caregiver” while searching “AIDS (disease)” for items published before the new millennium in PocketKnowledge, and a few lines into the abstract, I was moved by its unusually personal tone. A Google search turned up a New York Times Obituary from 1992, which reported that Caban “died on Tuesday at St. Vincent’s Hospital in Manhattan.” The Tuesday in question was December 1st, 1992— World AIDS Day, before the hashtag. Of course, this past Saturday was also the day after George H.W. Bush died, and the irony of his passing within hours of #WorldAIDSDay was not unremarked upon on social media. By many accounts, the former president allowed the AIDS epidemic to balloon by cutting funding for research and doing little to test for or report on the disease at the federal level. Bush also instituted a ban on HIV+ immigrants entering the country, and, in a presidential debate, responded to people protesting federal AIDS policy with, “Is the behavior you're using prone to cause AIDS? Change the behavior.”

[Picture of a protest with close-up on a sign bearing the image of George H. W. Bush looking at his watch, and text reading "114,000 AIDS deaths. It's time for a national plan George."] Still from "Target Bush" video by James Wentzy, Vimeo.[/caption] There’s a leaden dramatic irony to reading “Caregiver” in 2018. Caban interviewed 10 of his and Eddie’s friends in the fall of 1988, and in one, a friend who, to be fair, generally perceives “a hopeless situation,” also discusses hearing about “some kind of medicines that would help the final results of the disease, and that it was maybe five years from now that there could be a possible cure” (p. 36). Three decades later, it is poignant to see how communities change behavior and adapt to crises, and sobering to think of all the ways in which our broader communities have not. *In Caban’s words, “I am, of course, aware that one does not “die of AIDS” but a medically correct phrasing is unnecessarily awkward.” (p. 157)

Posted in: Learning at the Library, Archives|By: Anika Paris|1147 Reads