Frank Webster
May 09 2011 - 10:30 AM
Share
Building Our Legacy Together: When Good Archives Go Bad
Conflicting opinions over what documents are important can create hard feelings between the donors of archives and the archivists who process them. The New York Times reports such a contretemps between author and reporter Paul Brodeur and the New York Public Research Library. Brodeur donated his archives in 320 boxes to NYPL-R when he left his position as an investigative reporter for the New Yorker magazine. Brodeur was contacted by the library after 18 years and asked to either retrieve or give permission to destroy 317 of the boxes. The library selected 53 boxes of original letters and rare primary documents for preservation and cataloging. Included were fan mail, correspondence with staff of the magazine, and the unfinished draft of a novel. Excluded were photocopies of news stories and multiple drafts of writing for the New Yorker. [caption id="" align="alignright" width="344" caption="© Copyright Stephen McKay and licensed for reuse under this Creative Commons Licence."] 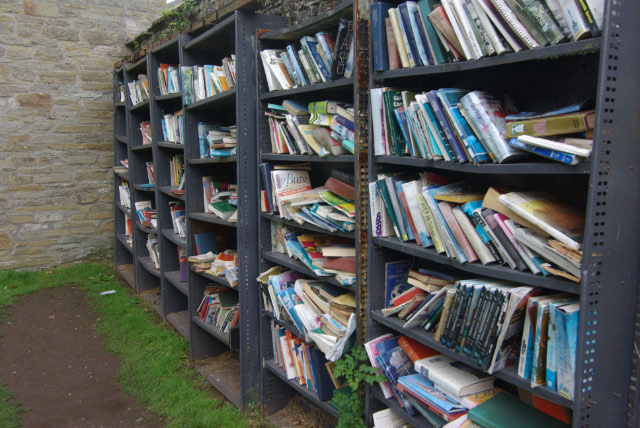 [/caption] Brodeur is so disappointed in the library's decision and the length of time that has passed that he has demanded the return of all his papers. But the library refuses to give back the select material, citing the terms of the "deed of gift" that Broduer signed when he originally made the donation. The library cites a backlog of donations; dwindling resources and lack of space for the long wait while weeding.
Posted in: Learning at the Library, Archives|By: Frank Webster|1048 Reads