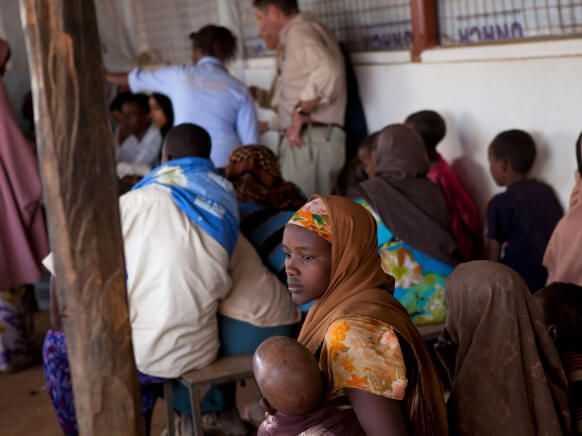 Technology use in refugee camps can facilitate significant professional and community development opportunities among teachers. A recent study examined these developments at the Dadaab and Kakuma refugee camps in Kenya. Specifically, researchers examined how refugee teachers living in camps use mobile phones and messaging apps with their peers, and how these tools can boost girls’ education and gender equity.

The researchers collected data through surveys and group interviews with refugee teachers at the camps. They found that out of 203 refugee teachers participating, 199 had mobile phones, including all 40 of the women teachers surveyed. The teachers with phones reported they mostly used messaging services to communicate with other refugee teachers outside of school hours. The purpose of the communication was emotional and professional support, administrative information, and guidance with difficult situations. This helped teachers to feel connected across refugee camps, which was important since physical travel between schools and camps was often difficult or dangerous. Interestingly, the teachers also communicated with international instructors for help and instructional assistance. The most popular platforms were WhatsApp, Facebook Messenger, and SMS.

While both men and women teachers relied heavily on messaging apps, women tended to use them more. This finding highlights the important role digital communication can play in bolstering female communities in male-dominated contexts. It is important to point out that male teachers also used messaging apps in ways that promoted gender equity in their classrooms. For instance, one male teacher said he used WhatsApp while teaching in an all-girls secondary school because he didn’t quite know how to approach their education.

In addition, the messaging platforms enabled refugee teachers to communicate with fathers and brothers of female students about the importance of education for girls. Specifically, teachers encouraged them to keep their daughters and sisters in school. For example, one teacher invited the fathers and brothers to join a WhatsApp group to discuss why they valued early marriage for girls. Using this digital platform, the teacher began a conversation to increase support for gender equity that they hoped would continue over messaging and in-person.