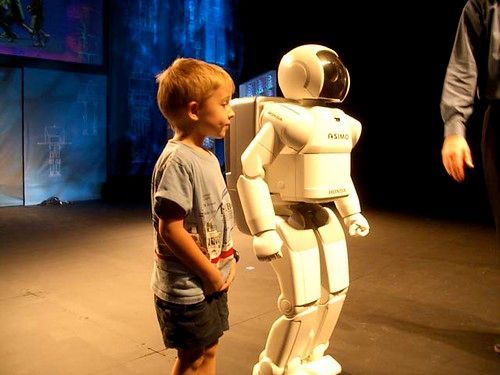 Participants included 20 children with autism and 20 without of comparable ages and IQ levels. For each trial, individual children sat in front of the social robot, Naonao. In between them were three overturned, opaque cups, within two of which were tokens. Researchers tasked children with identifying a cup with a token underneath it. Naonao got to peek underneath each cup, then pointed at one as though telling the child that this was the cup with the token underneath. However, Naonao always pointed to the one empty cup.

For the second part of this study, children were tasked with deceiving Naonao as to which cup had a token beneath it. The situation remained exactly the same except with the roles reversed. Naonao was programmed to always believe the child. After 10 trials, 90% of children without autism and 55% of children with autism were able to successfully deceive Naonao. While children with autism learned the skill of deceiving at a slower rate, they had a comparable learning trajectory over the 10 trials.

Interestingly, children with autism also attributed more anthropomorphic attributes with the robots than did children without autism, and the researchers think this could be a big reason why they learned more slowly than their peers in these trials. In fact, the children who most viewed the robots as human-like were least likely to learn how to distrust and deceive.

These findings suggest that while children with autism can learn how to distrust and deceive from social robots, it significantly helps when they can view these robots as less human-like. This prompts the question of whether these results can actually transfer to the real world. Only further studies will be able to tell.