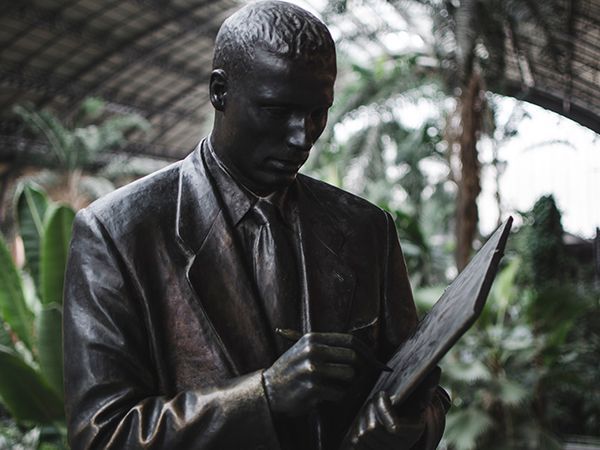 In 2014, news headlines heralded the findings of a study comparing the effect of taking handwritten versus typed notes on student performance. The study was titled "The Pen Is Mightier Than the Keyboard", and found that students who took longhand notes with pen and paper while watching a video performed better on conceptual questions than students who typed notes on a laptop. In this 2019 study, researchers replicated and expanded the earlier work by using the same videos but adding a group that took notes on an eWriter and a group that took no notes. The researchers also tested students on the content of the videos two days after watching to examine the effect of different note-taking styles on retention. In one version of the experiment, they allowed participants to study their notes before the test to imitate more closely how students use class notes to study for assessments.

Interestingly, these researchers did not find a clear superiority of handwritten notes over typed notes. While participants who took handwritten notes performed better on questions testing factual knowledge than their peers who typed notes on most immediate and delayed tests, they did not significantly outperform the typing group on conceptual questions. In fact, in one test given shortly after participants watched the videos, the laptop, eWriter, and no notes group all slightly outperformed the group that had taken handwritten notes on conceptual questions. Additionally, the advantage of having taken handwritten notes disappeared when researchers let students study their notes before the delayed test.

This study does not offer a clear answer to whether handwritten notes or typed notes lead to better performance, but its ambiguous results invite other scholars to further question and study the matter. The victory of the pen over the keyboard is not as certain as it seemed in 2014.

Morehead, K., Dunlosky, J., & Rawson, K. (2019). How much mightier is the pen than the keyboard for note-taking? A replication and extension of Mueller and Oppenheimer (2014). Educational Psychology Review , 1–28.

Image: by Nicolas Postiglioni via Pexels
|By: Rebecca Sullivan|25959 Reads