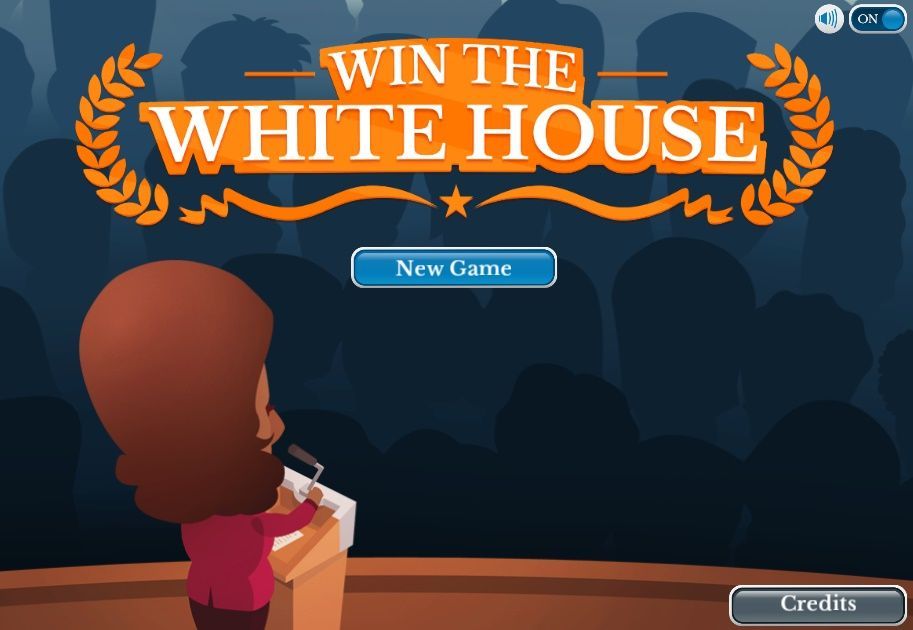 There are less than two months until America votes for a new president, but there's still plenty of time to learn about the ins and outs of the presidential election process. Win the White House is an online game that simulates the campaign process, and is geared toward engaging a new generation of civically minded Americans.

Win the White House has great graphics and an easy-to-follow setup, making it kid-friendly and fun to play. It also has three increasingly complex levels of difficulty for elementary, middle, and high school level students. The game starts with a campaign manager debriefing players through the campaign process. Players then personalize an avatar, choosing their candidate's gender, race, and home state (a promising feature that allows them to project themselves into the American political process).

Players preview the Democratic and Republican platforms, pick a party, and then they're thrown into the primary debate. They select from issues like healthcare, government transparency, and gun control and are presented with three multiple choice options to support their policy positions.

The elementary version of this game could be a stretch for students in lower grades. The literacy level alone is very high, with complex sentences in both the questions and answers. Even 5th graders could find it challenging to follow the tough issues as they’re worded.

Another downside is the interactivity component of the debate. When players are prompted with three options to support their stance on an issue, possible answers include one that is clearly best, one that has words slightly related to the issue, and one that is entirely off topic. If players get it "wrong," they're shown the "right" answer, but given that the game is limited to a multiple choice format, there may not be a choice that is both plausible and realistic.

Finally, the game itself is quite long, which could become tedious for players (or candidates) with short attention spans.

Win the White House is a complex and realistic game that brings the election process to life in an interactive way. Players can enjoy the game while learning about relevant and hot-button political issues, all with the aim of becoming more responsible citizens of the United States.