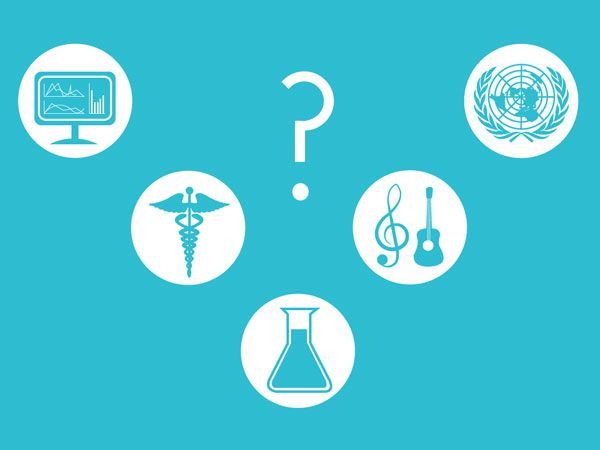 "Our aim is to help as many people as possible lead high-impact careers. We do this by providing career advice for talented young people who want to have a social impact.." (About 80,000 Hours)

Not Your Typical Career Counselor

"What do you want to be when you grow up?" Nearly everyone is familiar with that question, but the question becomes increasingly daunting as you get closer to adulthood. And once you’re squarely set in the early or middle stages of your career, it’s hard not to wonder whether you truly know what you want to be (or do). 80,000 Hours is a non-profit organization that is hoping to alleviate some of that concern. Named after the approximate number of hours in any given career, 80,000 Hours provides both an initial quiz and a career guide to help users get a sense of what types of options might appeal to them most. The organization has an elaborate explanation for how it conducts its reviews of careers and recommendations, using scientific literature, discussions with experts in the various fields, and the experience of people who have been coached through the organization.

Using the Quiz and Guide

80,000 Hours prompts users to take the career quiz, a short six-problem survey that asks questions like "Were you good at math, science or logic when you studied them?" and "Are you good at writing and speaking?" Though no career questionnaire could ever truly be comprehensive enough to encapsulate the individuality and nuances of each person who takes it, the six questions here seem to be overly simplistic, especially when it produces a list from the 29 career choices that the organization has reviewed, ranked according to how good of a fit they are for you based on your quiz. Most of the reviewed careers seem to vary in detail, as certain options are very specific ("program manager in international organizations" and "research into risks from artificial intelligence") while others are kept vague and general ("valuable academic research" and "medical careers"). Meanwhile, certain career options are given sky-high scores, like "tech startup founder," which received four out of five on direct impact, advocacy potential, career capital, and job satisfaction, earning it a Recommended status, while "teaching" received mostly twos out of fives and a not usually recommended status. Although 80,000 Hours has several webpages dedicated to explaining their process of quantification and how they try to avoid bias, it seems that the careers they push most fall generally in the tech and management fields, which makes their career advice seem decidedly skewed.

However, the organization does maintain a transparent process, even posting past mistakes it has made and what it has done to rectify them. 80,000 Hours also seems to stand resolutely behind its research principles and its openness to feedback, which make its career guide, a 30-minute step-by-step process that helps users figure out where they stand in their career and map out actionable decisions for the near future, quite useful and productive. Even though the quiz and guide may not be able to provide everyone with a sense of what they should pursue, they do offer great resources like research-backed articles on "What makes for a dream job?" and "What are the biggest problems of the world?" that allow users to do some self-discovery work, which can guide their career decision making process.