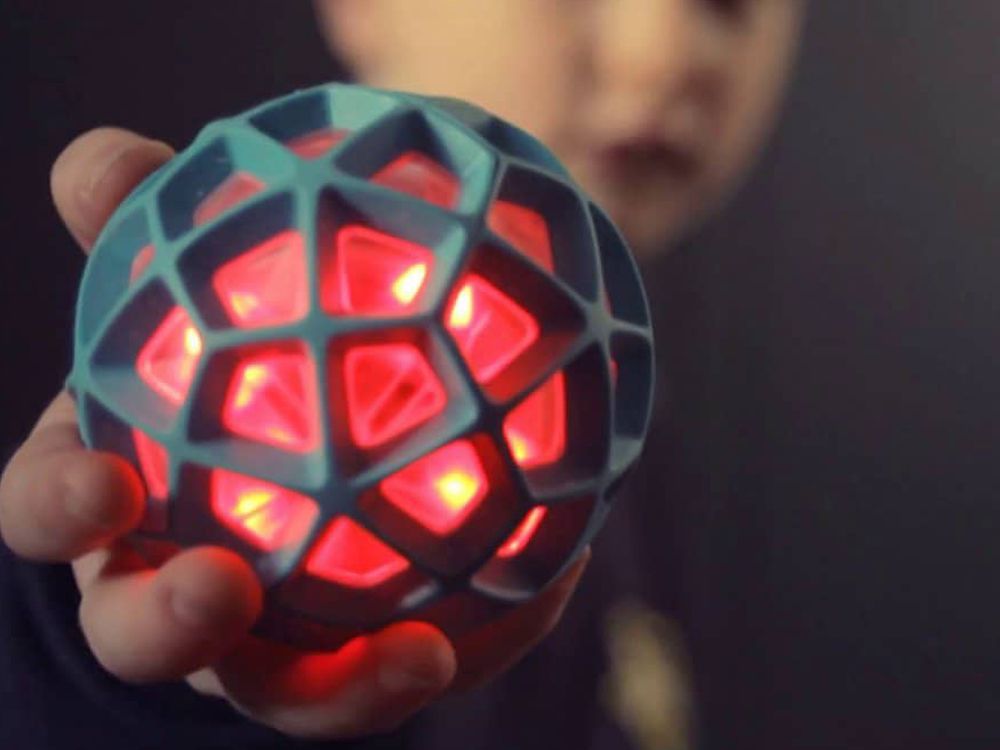 Hackaball is a programmable ball, recommended for children ages 6-10, from the creators at Made by Many. Young users can learn the basics of programming to invent games with this smart, responsive ball. Through built-in sensors, Hackaball knows when it is dropped, thrown, and caught. A Bluetooth connection to an app allows communication between the programming directions and the sensors.

Since coding is typically a stationary, solitary activity, a major strength of this toy is that kids are playing together and staying physically active as they see their programs come to life. Through the app, users give the ball directions: turn red and vibrate after 5 seconds, for example. This leads to endless variations on hot potato or other imaginative games and tricks. There may also be potential for kinetic or gestural learning of programming principles through the joyful physicality of Hackaball. The minds behind Hackaball have begun bringing their invention into schools and are working with lesson plans for teachers.

Hackaball was designed to circumvent potential flaws. With dozens of options for colors, sounds, movements, and other Hackaball responses, it should be a while before users exhaust their imagination and become bored. The protective rubber net and materials make it durable enough to withstand plenty of kicking and tossing. It is fairly expensive, though, running $85 in the U.S. with a three-month wait for delivery.

You had us at hacking, but seriously, we would play all day with Hackaball. It’s clear to see why it won the Gold Prize for Most Engaging UX for Digital Education at the 2015 UX Awards and was an honoree for the 2015 Webby Awards.