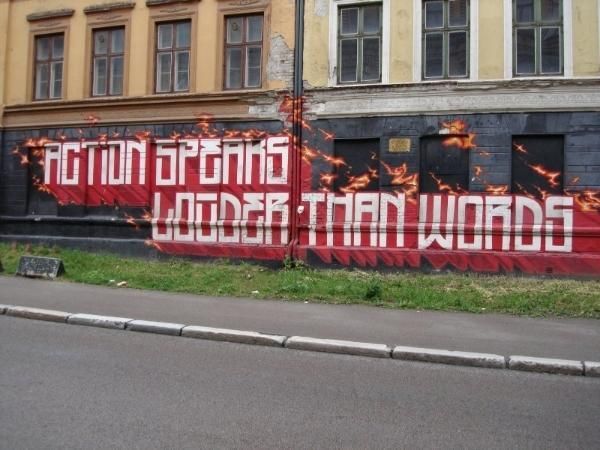 Although research on language-learning visualizations gives credence to the general effectiveness of pictures, most information we have about the neuroscientific learning values of different types of pictures comes from expert theory. So when considering which graphic language tools actually work best - and why - it can happen that our unanswered questions grow almost as quickly as the learning technologies that generate the tools we use. These questions get amplified with a deeper sense of purpose when we think about students who are still just learning to communicate in their own languages.

Some recent research from the Netherlands began to get to the very root of these unanswered questions by experimenting with pictures as language learning supplements for children learning verbs. More specifically, researchers studying Dutch-speaking students compared 7 and 8 year olds' Dutch verb learning results after encountering different pictures, asking the basic questions: does it matter if the pictures move? And when the pictures move, does it matter how we describe them?

The findings were clear. In the first place, although researchers found no major differences in verb recall between static and moving meaning-congruent images, the combination success rate of these over meaning-incongruent images reinforced the notion that associative pictures - moving or not - help kids learn words.

Not altogether separately, the association of meaning-congruent animations with conceptual, higher level verb expressions resulted in an apparently deeper understanding and more successful recall of verbs than did the association of moving images - meaning congruent or non- - with other types of sentences. This is to say, when students observed the performance of an action on a screen in conjunction with a description of that action that indicated its purpose, use, quality, or meaning, rather than simply the shape and contents of its motion, there appeared to be created in them a deeper connection between language and its meaning that led to more fluid memorization of that word.

These findings could of course mean a great deal for language educators whose classroom activities no doubt move in and around the use of graphics and sentences of various types. And when popular language learning methods in our day can swirl somewhat obscured in a burgeoning marketplace of language learning digital tools where you can have your verbage any way you like, knowing the effectiveness of moving images and meaningful sentence content - together - gives consumers the upper hand in choosing a technology that keeps them mobile and deeply connected. Only a first step, perhaps these findings are still a big step from a linguistic angle in cuing educators and students alike to putting real effort into a sort of active, animated, purposeful teaching and learning that will stick.