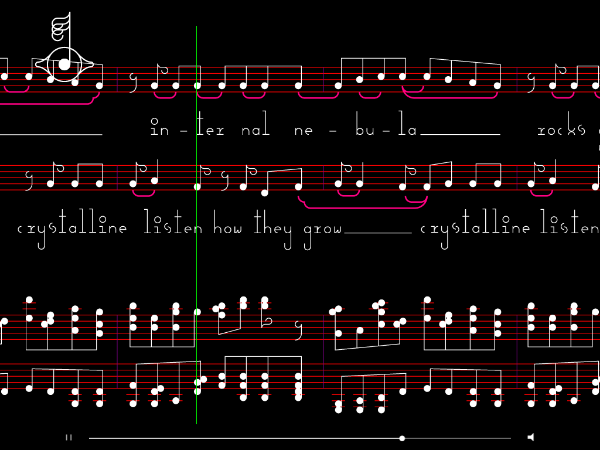 Biophilia is taking schools by storm in Iceland. Biophilia, as a concept, is characterized by the affinity between humans and other living systems that should be understood and valued. In practice, biophilia manifests as a commitment to integrating the natural sciences into human design, research, and activity. In schools, it represents a movement by educators, designers, and entrepreneurs to think about how the natural sciences can be incorporated into schools and curriculums.

Earth Intruders
Björk, arguably Iceland's most famous export, founded the Biophilia Educational Project in 2011. With the financial support of the Nordic Council, the project has been writing curriculum and designing other projects which are slated to be introduced as curriculum elements in schools across Northern Europe, including Björk's native Iceland. Though a Kickstarter campaign for the project failed, the app was produced with considerable clout and includes content developed by educational thought leaders, cross-disciplinary scientists, and well known artists.

All is Full of Love
A strong element of the Biophilia curriculum is music making. In fact, following a performance at the New York Hall of Science in Queens, Björk’s co-designed Biophilia curriculum inspired workshops for middle school students to make Biophilia themed music on iPads. The goal of the Biophlia Project is to inspire students to learn more about natural sciences. On the website it states, "pupils not only get introduced to the world of musical theory, but through it they explore the wonders of black holes, crystals, moons, lightening, continental drift, gravity, viruses, axial tilt and DNA. This method invites powerful developmental work and establishes a joint forum for collaboration, consultation and debate."