I discovered some interesting people from an old photo in PK today. 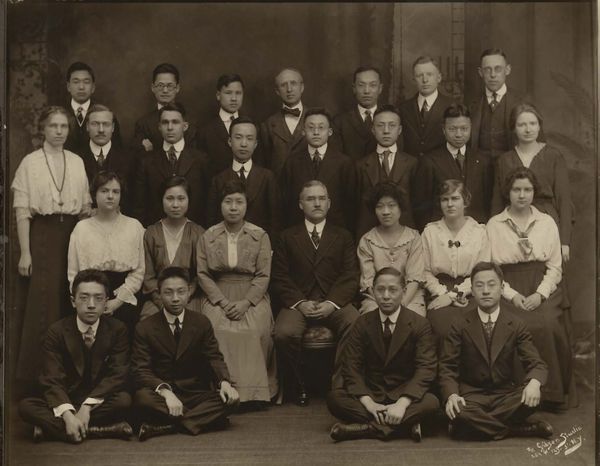 from The Chinese Student Club at Teachers College in 1916

Hu Shi( 胡适 ), first from left, was one of the greatest and most well-known Chinese philosopher, essayist, and diplomat. The leader of the New Culture revolution. Pioneer and the key contributor to Chinese Liberalism and language reform. He was also the president of Peking University. His stories and ideas appear in every Chinese history textbook. He is a staunch supporter of Pragmatism and introduces it to China.

Jiang Menglin, second from left, was a Chinese educator, writer, and politician, also served as President of Peking University and also the ZheJiang University (Yi studied there for undergraduate). Founder of The National SouthWest Associated University (Most Important University in Recent History. During WW2, While Beijing is occupied and bombed by the Japanese army, All the students, professors are moving here).

Sun Ke, second from right,  was a high-ranking official in the government of the Republic of China ( !!! Sensitive!!! ). Son of Sun Yat-sen, founding father and first president, one of the most influential individuals in China history.

Tao Xingzhi, fourth from right, was a renowned Chinese educator and reformer in the People Republic of China. also known as the Confucius of New China. Another man whose name always appears in the textbooks. One of the stories is about four candies. Xingzhi used to be a president of the school. There is a boy carry a stone fighting another boy in the class. Xingzhi stops him and asks him to come to the office. Later when he came back to the office. The boy has already waited there. He gives the boy the first candy: 'This is a reward for you because you come to my office on time while I'm late.' Then he gives out the second candy: 'This one is because when I ask you to stop fighting, you stop immediately, which means that you respect teachers.' After that, he gives the boy the third candy and says: 'I did some investigation and I found that the reason you are fighting with others is that they were bullying other girls in the class. I'm glad that you are fighting for the justices'. The boy cried with regret and says: 'They are not bad guys, they are just my classmate, I should not fight with them, I'm sorry.' The Xingzhi gives out the last candy: 'This is for you since you realize the fault. This is the last candy I have and it is the end of the conversation'

I was surprised to learn so many Chinese education pioneers have come from TC!. If you are interested in knowing more try the PK Search!