Beginning in 1994, the month of October (February in the UK) was declared LGBT History month; a 31-day observance of lesbian, gay, bisexual, and transgender history and the history of the gay rights and civil rights movements.

As luck would have it, NLT is right on trend with the publication of this week's Seen in NY episode: NYC LGBT Historic Sites Project. Founded by three graduates of the Columbia University Historic Preservation Program, the initiative is the first to "document historic and cultural sites associated with the lesbian, gay, bisexual, and transgender community in the five boroughs. " Sites shed light on an otherwise invisible history and explore everything from theatres to bars, museums, residences, monuments, and even education institutions including Columbia University which was home to the first gay student organization in the nation back in 1967.

As an added bonus, I was invited to join a private NYC LGBT Historic Sites walking tour of the Greenwich Village. Over the course of about 90 minutes we covered nearly 50 sites including Eleanor Roosevelt's apartment, Judson Memorial Church, the Little Red Schoolhouse, and Julius'-- a bar brought into the public eye as the site of the 1966 Sip-In which was responsible for the state liquor authority's reversal of its discriminatory policies against serving openly gay patrons.

We hope you'll check out and share tomorrow's SiNY! 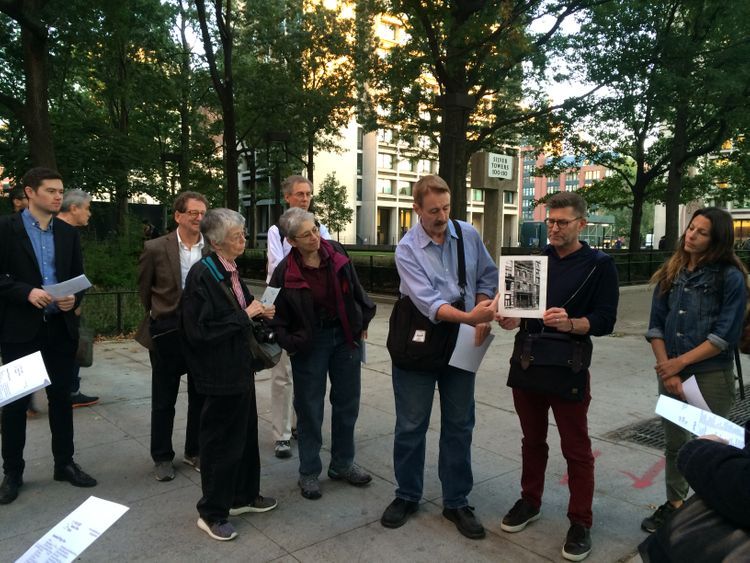