As part of the Library website redesign project, we are exploring the possibility of having a mobile app that can complement or enhance patron experience with our library. At the same time, we also see reports (see below) of how difficult it is to get users to download and use new apps.

What are your thoughts on having an app for the library? Will you use one? What should it do at minimum for you to want to download and use it?

Media analytics firm comScore recently released its annual Mobile Apps Report and, while Americans are spending more time than ever before on mobile apps, they’re also not downloading new ones. A majority (51%) of all smartphone users report downloading a grand total of zero new apps per month.

New apps have been struggling to find success for several years now, as the usual ilk command most of mobile users’ attention: Facebook and Google alone account for 8 of the 10 most-used apps.

We’ve reached a “saturation point” for apps, where it’s almost impossible for the new kids on the block to break into the game. 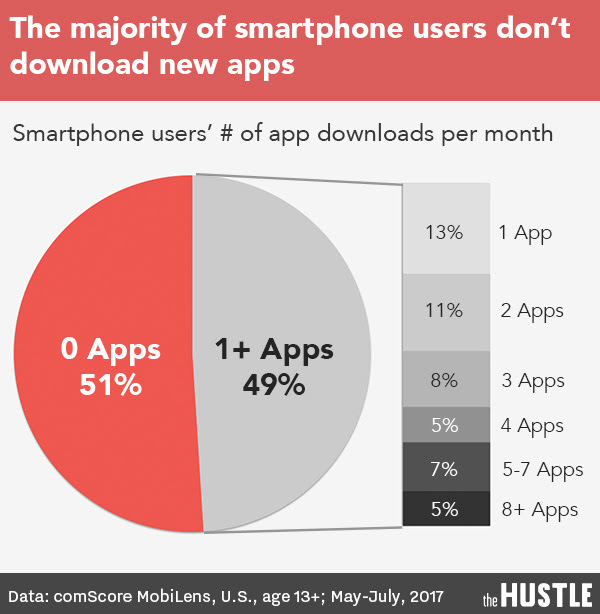 Link to: TechCrunch's analysis of the report